Things I Miss About My Own Culture:

As my year is coming to an end, I am of course doing the cliché thing and reminiscing about my entire experience living and working in Spain. Granted, I have about one month left here, but I won’t be working in my primary school, and instead will only be working with my private lessons. By the time I leave Spain in July, it will have been about a full 10 months of living and working in a different country and culture. Whoa. If you’re going to subtract my 12-day stint returning to the Motherland of the United States, for Christmas, so be it. But, overall, it’s been a 10-month journey!

One Spanish expression that completely describes what I’m feeling about returning home is, “Tengo muchísimas ganas de irme a mi casa”. In the beginning, I wasn’t exactly sure how to translate this expression, but from my interpretation it means to me: “I really can’t wait to go to my house”! I’m ready to return to the United States and see my family and friends again! There have been many; many things that I have missed about living in my own culture, my habits, and my lifestyle back at home. Don’t get me wrong, I do love living in a different culture and language, but there have been more than one occasion where I wish I had a fellow family member or friend here to talk to and experience these things with.

Below is a list of things that I have absolutely missed about my own double culture, and my lifestyle back at home. It may be that I live in a very, very small town, and I’m sure auxiliars who are living in larger cities have more access to these things, but the “pueblo” life has been a special experience in itself.

I live in a town of 15,000 people. The chances of finding Asian people here is extremely slim. Immigration in the smaller “pueblos” of Spain is not very high. In my own town, there are Spanish people, Moroccan immigrants, or Chinese immigrants. Finding Vietnamese food is actually impossible! I had to bring special sauces (ex: nuoc mam and soy sauce) from the United States with me! And maybe I’m a snob when it comes to Vietnamese food, but when you’ve had your grandma’s passed down recipes, you’d be one too! 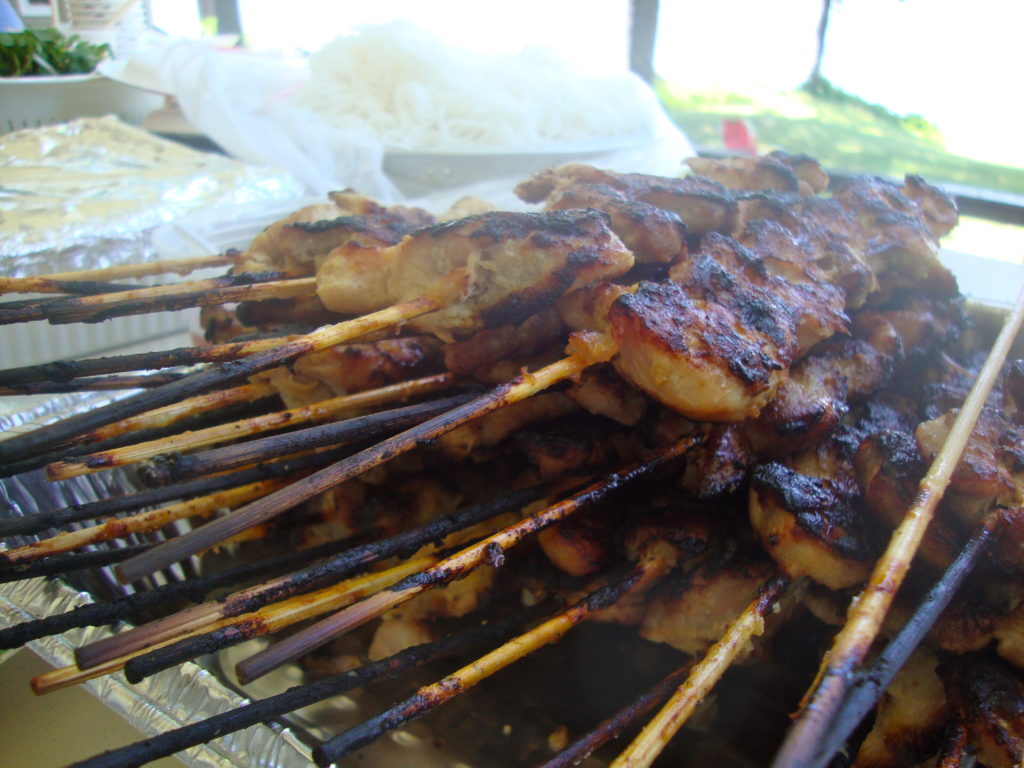 The party culture in Spain is huge. Usually, you don’t leave your house or the botellón (pregame) until 1 or 2am! And if you’re leaving that late, don’t expect to come home until 5 or 6am! Technically, the time frame is the same in the United States; it’s just that we start a little bit later over here in Spain. One thing I’ve really missed is having my friends here to go out with me. I enjoy going out with my roommates and meeting other people in the bars and the clubs, but having my group of friends here would have been the icing on the cake. 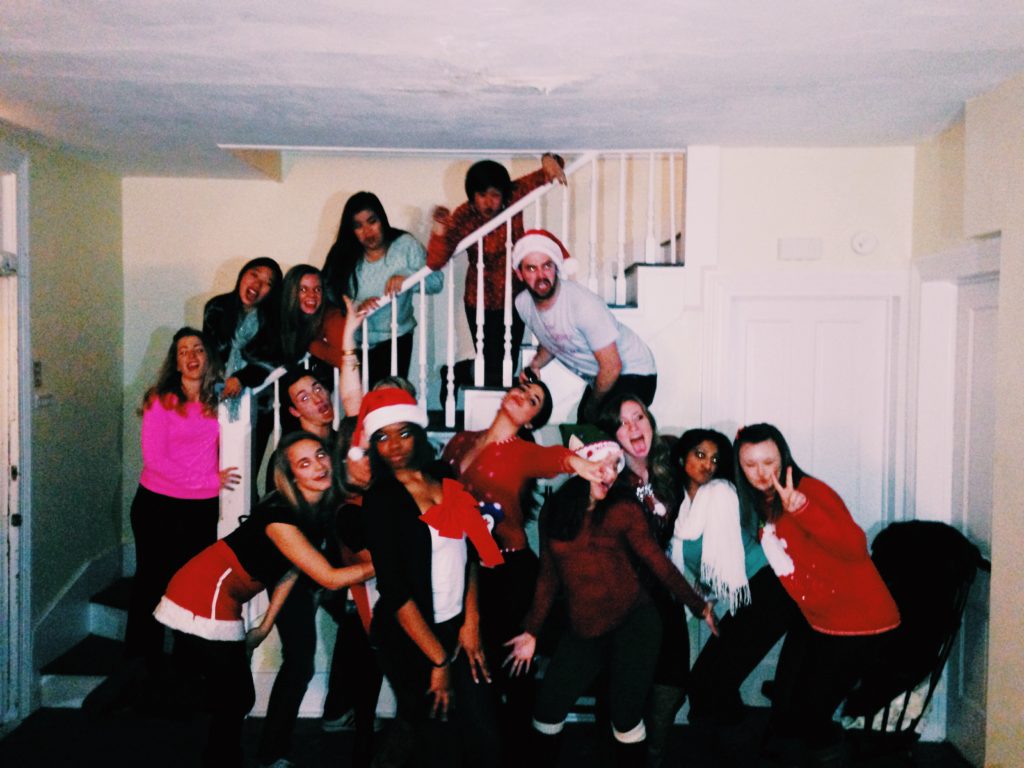 This one might be a bit weird, but when you’re living and breathing a different language and culture, you start to miss jokes in your native tongue. I’ve tried making a few jokes in Spanish, and in the beginning they were “fatal” as the Spanish say it. My jokes weren’t very funny, and if someone were to tell me a joke or a funny story in Spanish, I missed the punch line most of the time. Living with another American has made this easier, joking around and using our own slang, but if we tried to tell our Spanish friends the joke and translate it into Spanish, it just wasn’t as funny!

As an “extranjera”, I don’t have a car. Well, to be honest, since most of the cars here are manual cars, I wouldn’t be able to drive one anyways… haha, oops! I do miss the convenience of having my own car, though. Living in a pueblo does have its perks; because my pueblo is so small, I can walk everywhere I need to go. If I wanted to go to a nearby city like Toledo or Madrid, I have the buses and trains. This is great, however, I always have to adjust my schedule to the bus schedule or train schedule. It’s a bit of a pain, and less convenient, than having your own car. Eventually, I’ll learn how to drive stick shift! 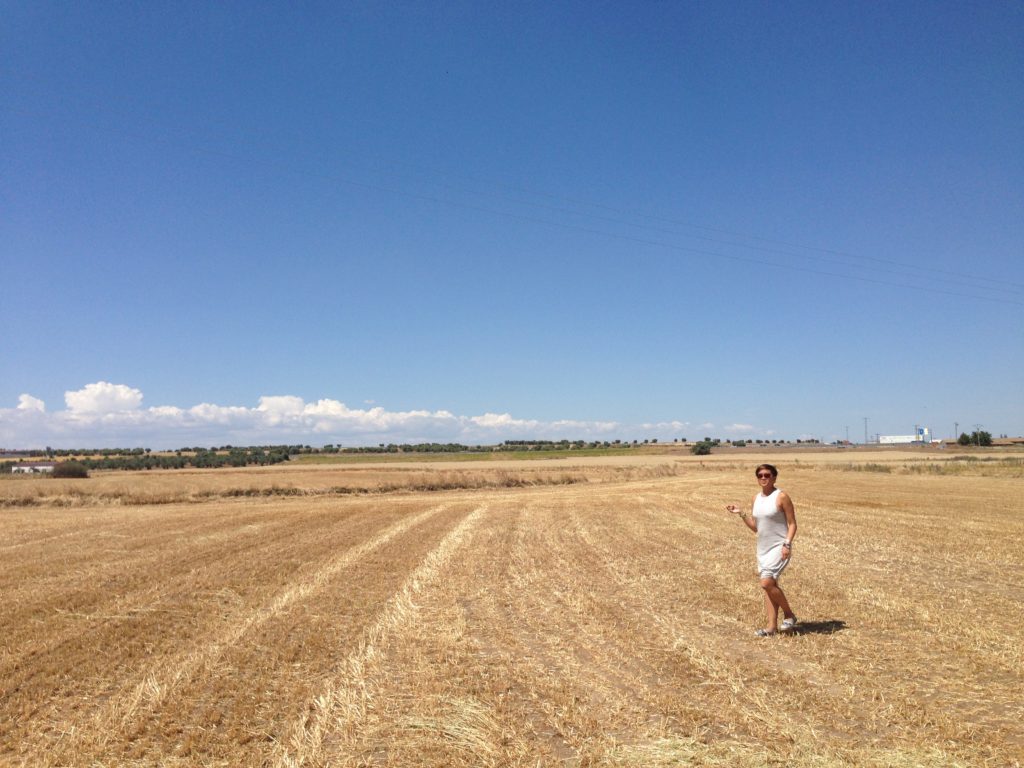 Expats, what are some of the bigger things you’ve missed while living in a culture or language that isn’t your own? I’ll be home soon, and can finally have a car and not depend on anyone else or the public transportation system!