My Experience as an Asian American in Spain

I consider the United States of America to be a “melting pot” or, as my ex-roomie says, a “salad bowl”, of different cultures, immigrants, religions, people, languages, etc. I’m going to first start off by saying that I am not extremely patriotic in the stereotypical sense. I don’t walk around yelling “AMERICA! AMERICA! LONG LIVE, MURICAAAA!”. I also don’t own any clothing with the United States flag emblazoned on it. To be honest, I try to keep myself very conscious about the idea of ethnocentrism while traveling, and try to make sure I always have an open mind. Nonetheless, I am a proud American, a first generation daughter, whose parents immigrated here from Vietnam, to create a better future for themselves and their family.

This subject has been on my mind and in my heart since I started working and living in Spain last year, in Castilla La Mancha. I’ve tried to write out a blog post numerous times, summarizing my feelings and thoughts into something cohesive to explain the little nagging thought of inferiority and self doubt I’ve harbored for the past year. Spain is a beautiful little country. It’s filled with so much history, beautiful architecture, and a very rich culture. As for immigrants, the country is very homogenous. I knew that I’d be living in a different country, language, and culture when I decided to move over to Europe. What I didn’t expect was that I’d be stared at while walking down the street, pointed at, and obviously whispered about, less than a foot away from gossipers.

Living in the pueblo I did last year, with only 12,000 people, I knew I’d stick out a little bit. I knew I looked different than the normal Spanish person, and I expected maybe a few looks of curiosity. What I didn’t expect was walking down the streets with my roommate, Tim, and being blatantly stared and gaped at from elders, teenagers, and even little kids. It’s an awkward feeling knowing that eyes are following you, and heads turn whenever you walk into a bar or restaurant, and then it’s followed by the whispers of “China! Mira, una china!” [A Chinese person! Look, a Chinese girl!]. I’ve even had a full on argument at a bar in the pueblo with a very stubborn Spanish man, who was convinced that I was Japanese and proceeded to teach me about how the Japanese bombed Pearl Harbor. Although, I told him numerous times: “I promise you, I’m American and was born in America” but alas, the argument persisted and I eventually gave up and left.

It’s disheartening to know that some locals in Spain continue to look at me and only see my small eyes and flat nose, and immediately associate me with any martial arts movie they’ve ever watched in their life. I’ve had strangers bow to me, thinking that they were being “respectful”, but it made me feel uncomfortable and to be honest, disrespected. When walking down the street, cars will honk and roll down their windows yelling “Ni-Hao!!!” or “Konichiwa!!!”. Some people tell me to overlook things like this and ignore it, that people don’t know better. Well, to be frank, it’s a form of harassment. Stares, gaping, and pointing are not forms of compliments. Being yelled hello in Chinese, Japanese, or other random noises that people make, thinking they’re being funny imitating a language, isn’t funny. THERE ARE MORE COUNTRIES IN ASIA THAN CHINA AND JAPAN.

What is even more disheartening is that most adults don’t know how to handle a situation like this. It’s worse when I am supposed to pretend that I don’t understand or speak Spanish, so kids will think that what they’ve said isn’t being understood and they can get away with some rude remarks. All the teachers that I work with know that I can understand and speak Spanish relatively fluently. When kids make rude remarks about Asian culture, most teachers I’ve worked with feel uncomfortable and don’t say anything. They tell their class to stop, threaten to take away break time, laugh nervously, and afterwards, apologize to me or tell me that the kids don’t know better, or that it’s “just the Spanish way of thinking, typical Spanish jokes, kids just have to get used to you, they really are great kids, etc”. 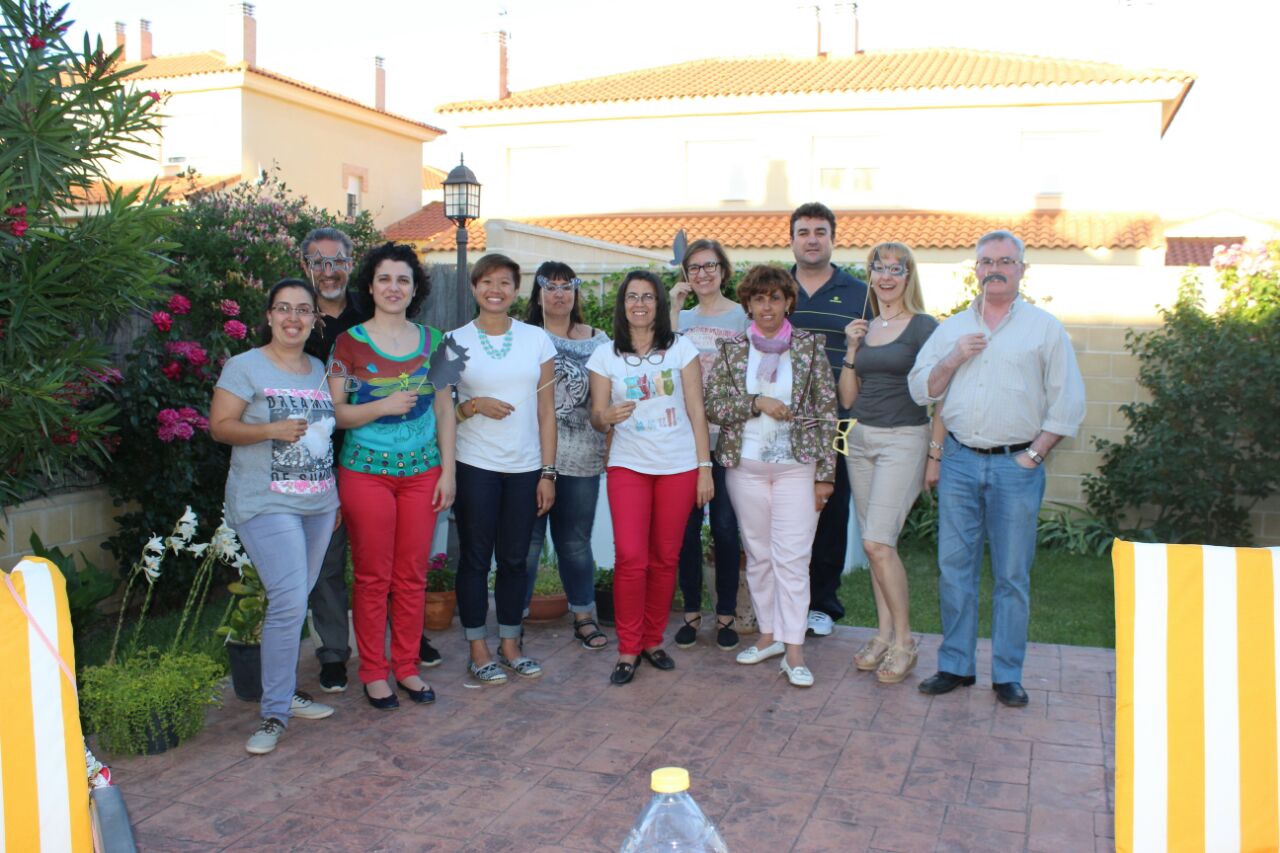 I’m here working as a Language and Cultural Assistant. So, I’ll teach you about my double culture life. What I love so much about travel, minus all of these stereotypes and rude comments, is being able to meet other people who are eager and interested to learn about different cultures, lifestyles, and about different people. If I’m going to be the only Asian American that these students may ever meet in their lives, I’m going to open their  mind and teach them that there are actually A LOT more countries in Asia, than just China and Japan. I’m going to teach them that yelling hello and imitating a language are not acceptable. I want my students to learn that being ignorant is NOT ok. Being ignorant and uneducated is NOT an excuse. And I want to teach my other coworkers that when these comments are said, when the idea of race and culture are brought up, feeling uncomfortable is normal, but opening up conversation about these topics are necessary. Pardoning and excusing this behavior leaves us at square one.

So back to why traveling is one of the most “real” teachers there is. It teaches me to be humble, patient, and for goodness sake, extremely open minded. It kicks me in the gut when I’ve thought I’ve had it all figured out. It introduces me to people from all over the world who are just as eager to learn about a culture, or a language, as I am. It teaches me that each experience a traveler has is unique and their own. That travel experiences can be shared and learned from, from all different kinds of travelers. My experience as an Asian American in Spain, is very different than the next person’s experience. Through living abroad, I’ve learned to break down stereotypes and break down barriers. Ignorance is not bliss, my friend… but sadly, just ignorance.

9 thoughts on “My Experience as an Asian American in Spain”