The United States has their Santa Claus and his reindeer. In Spain they celebrate “Los Tres Reyes Magos”, known in English, as the “Three Wise Men”, and their camels. Being a country that has its religion more in Catholicism, the Spaniards celebrate by putting up the Manger Scene in their houses for the Three Wise Men to come visit Jesus and give him his presents. There are some families who have adopted the United States traditions and celebrate the Three Wise Men as well as Santa Claus, and include their own Christmas trees.

This year, the Three Wise Men came to Lucena on Tuesday, January 5th. The town hosted a giant parade, filled with floats, candies, stuffed animals, lights, and a WHOLE LOT of people. I have never experienced this before, and being able to experience it in the south of Spain, where they say people are a bit more religious, was amazing! The streets were flooded with families, adults, and a lot of little children, all holding plastic bags and preparing themselves for the candy and stuffed animals that were about to be thrown at them. The magic of the Three Wise Men lives on through people of all ages, letting the magic of the night engulf them into their childhood. 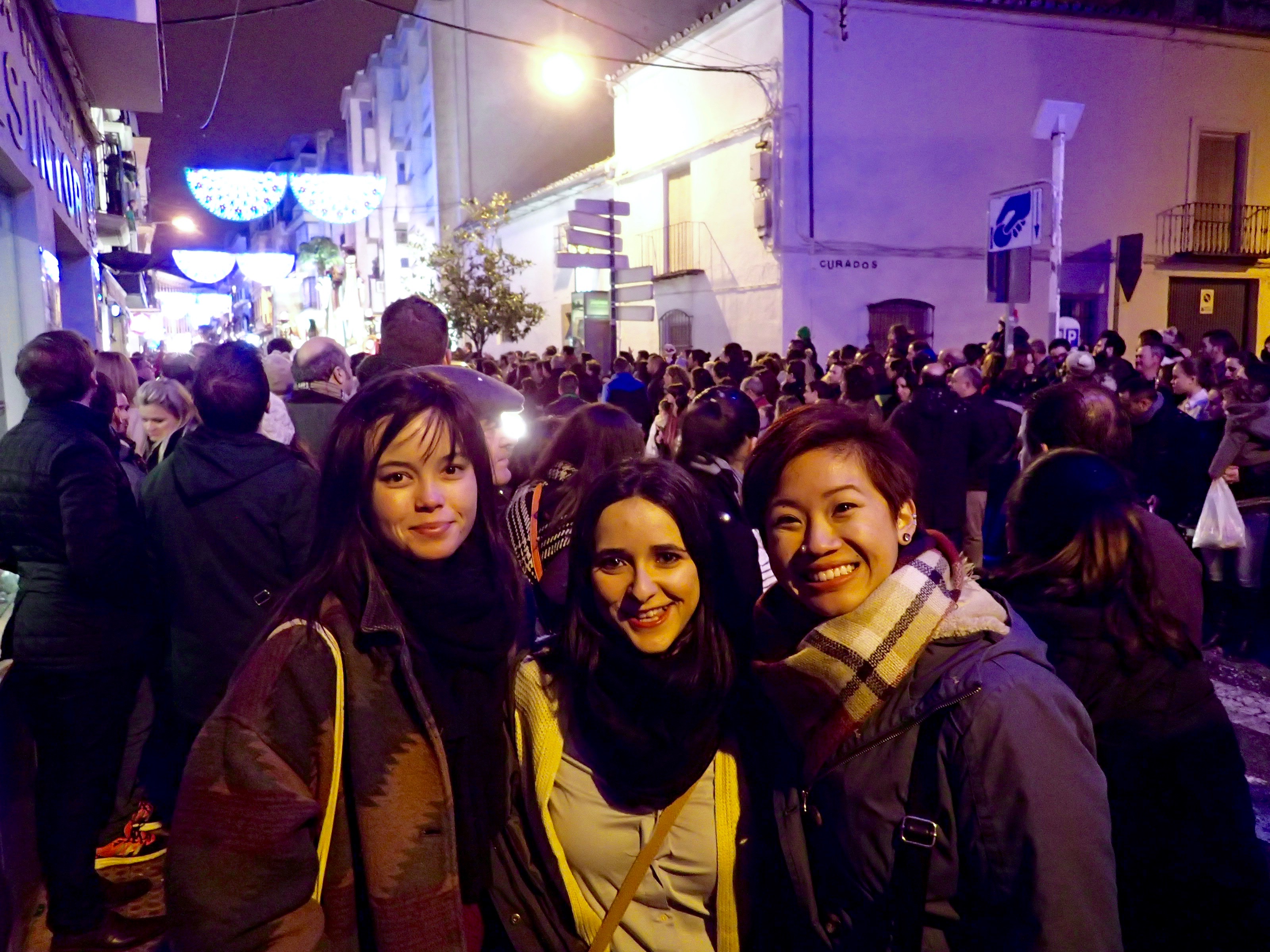 The parade started at 8pm, with the streets quickly filling up much earlier. There were hundreds of people from Lucena and neighbouring towns who came to watch “Los Tres Reyes Magos” and see the different floats that the people created this year. The parade included 20 different floats and about 300 people who participated, throwing out candy, dressed up in different costumes, and getting drunk and having a good time! 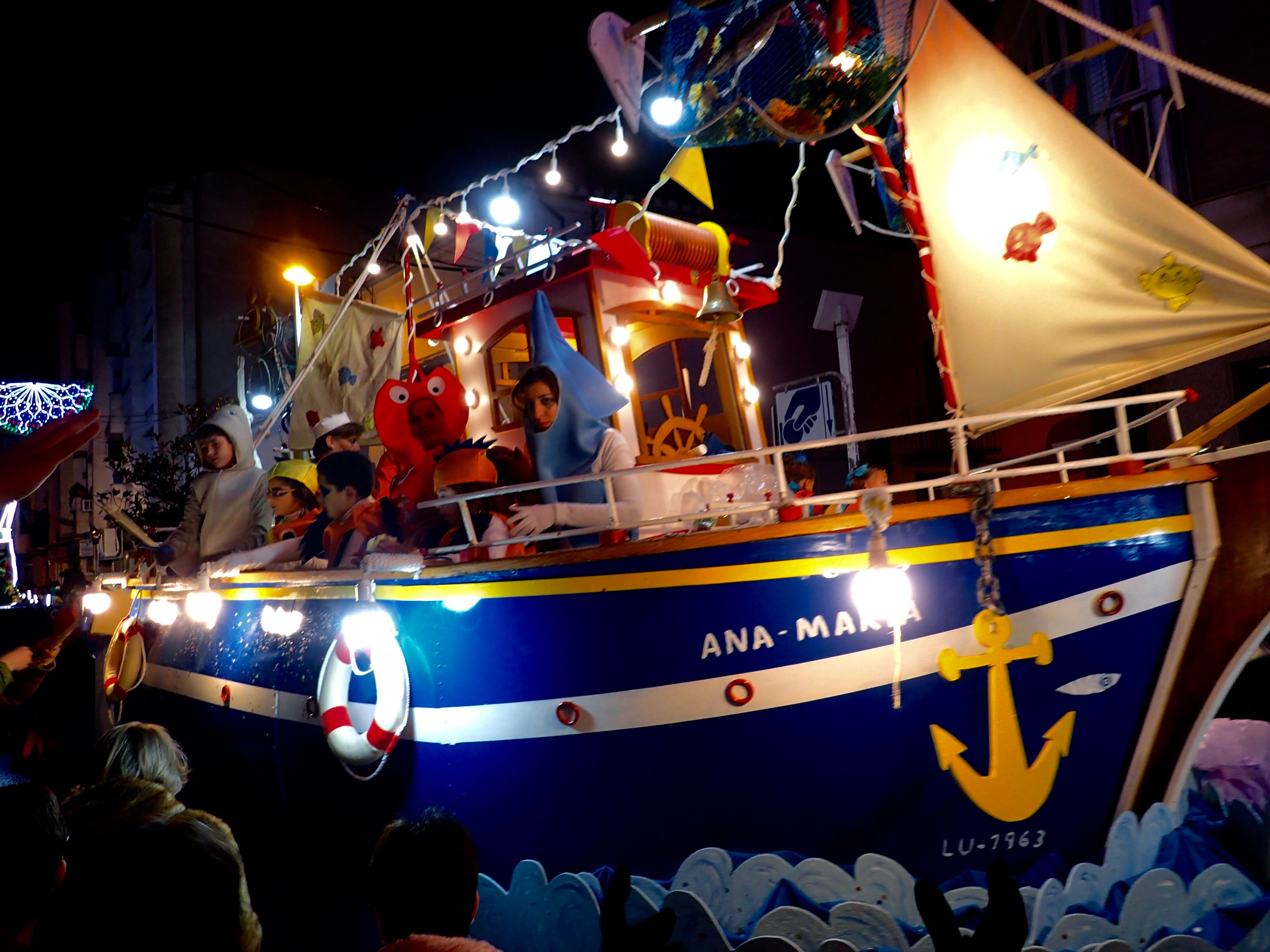 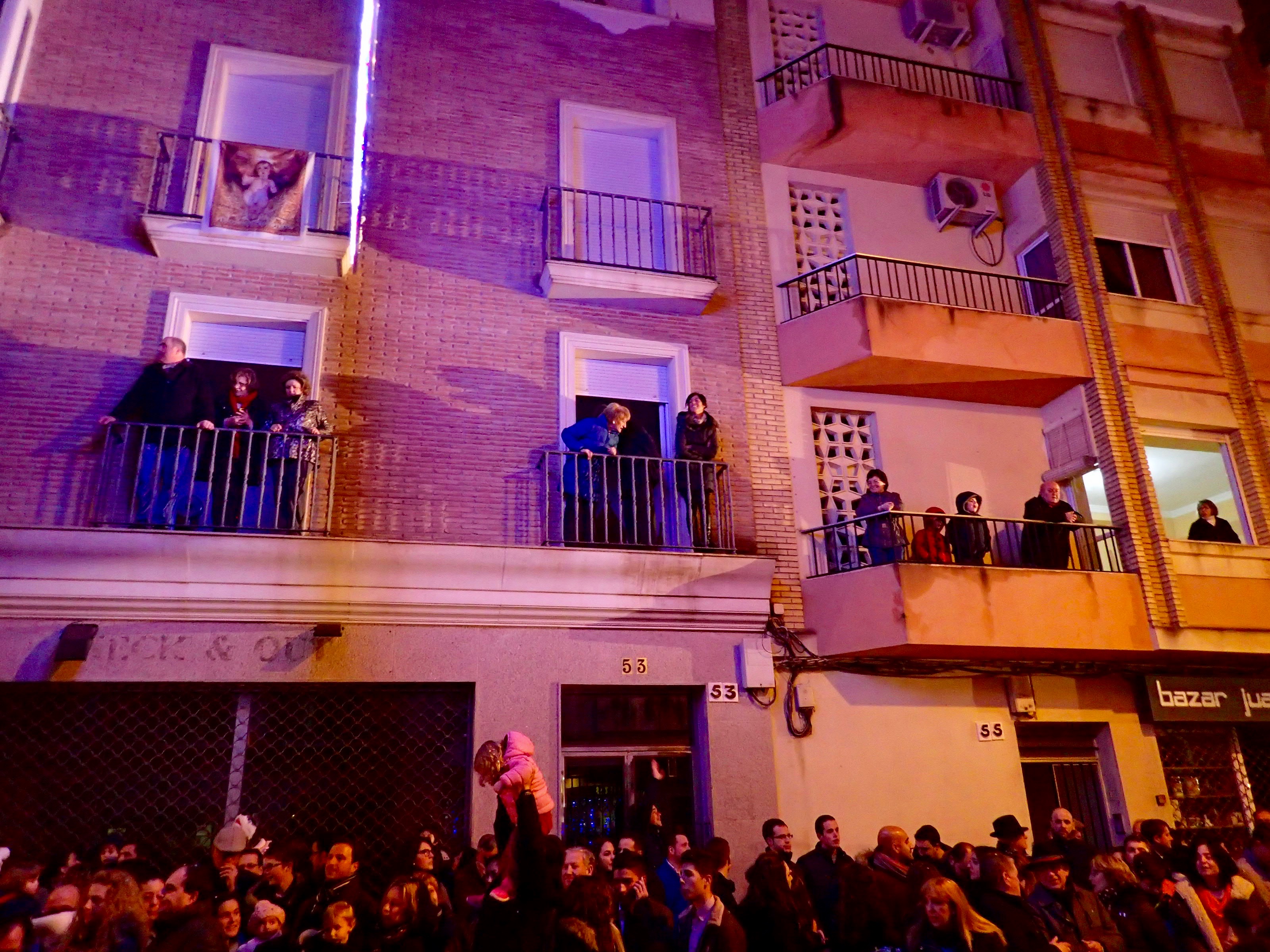 The streets were littered with candy and paper, that the parade characters threw at spectators. I cannot tell you how many times I tried to catch one piece of candy, but was then pelted by a handful of hard candy on my face and head. My favorite part was watching the little kids who were on the floats throwing candies to spectators, that never went far, and mostly just fell from their hand! We followed the parade around, trying to catch a stuffed animal. I was SO close to catching one, but another man grabbed it from my hands before I could catch the teddy bear (kindof salty).

The parade ended by midnight, with even more candy, wrappers, and paper littered throughout the entire center. The next day, we celebrated at home with Roscón de Reyes, which as my mom says, is like a giant “donut” with a cream filled center. In the cream, is hidden a fava bean and a figurine of one of the Kings. Whoever finds the bean has to pay for the roscón the next year, and whoever finds the little figurine is crowned king for the day! 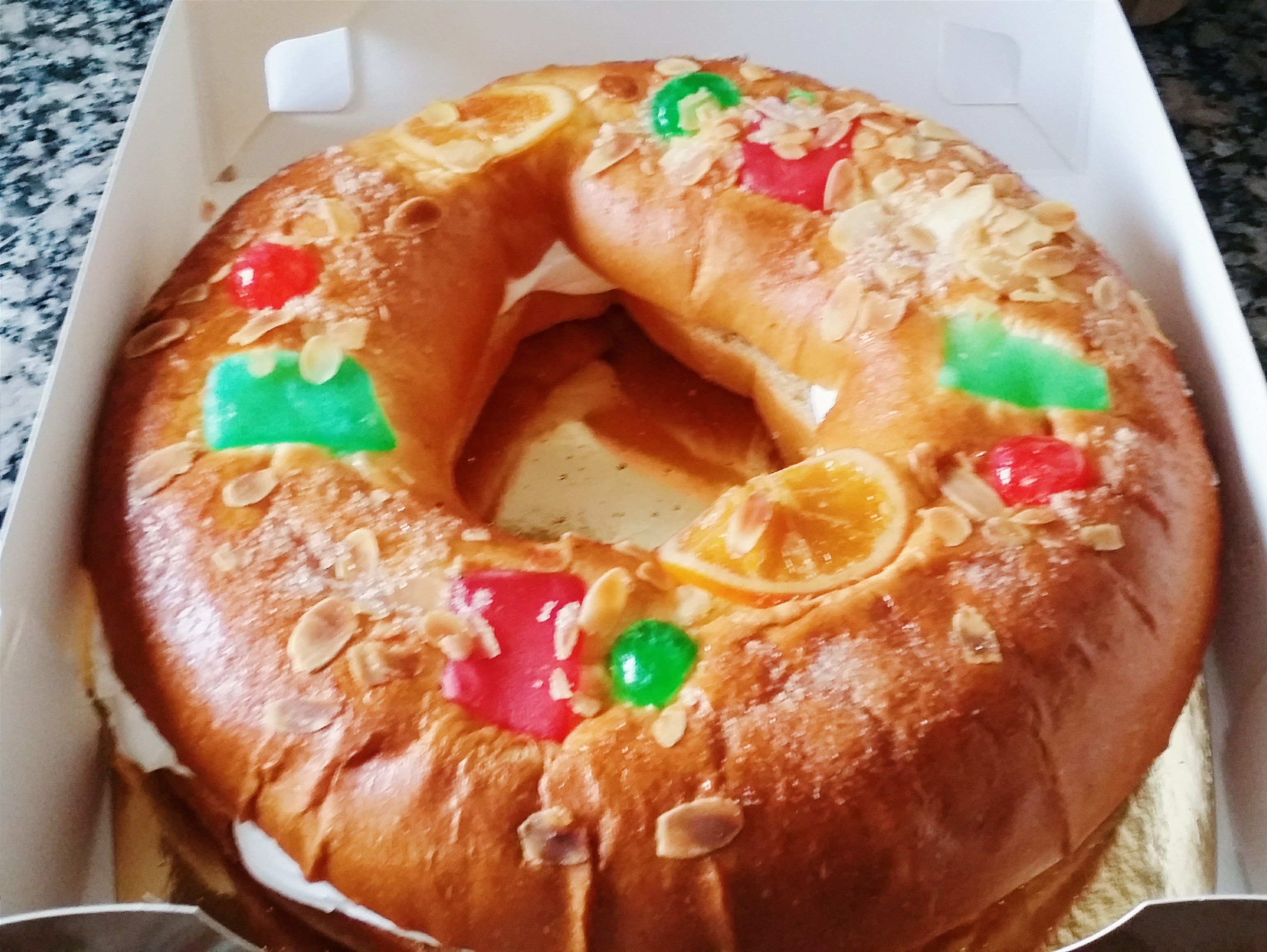