When I was researching and looking for couples to interview for the International Couples Series, I knew there would be some amazing, crazy and wild stories out there. I knew that these relationships were atypical and a bit different than normal, and I knew that the people who were in relationships like these were a bit adventurous! After reading Chandra and Louis’ interview, my hunch was confirmed!!

This is a crazy and exciting love story and I’m so excited to share it with y’all on the blog! Being in an international relationship can definitely be straining and difficult sometimes; especially dealing with visas and the bureaucracy and figuring out a way to stay together! Reading through this interview with Chandra and Louis had me believing that if it’s true love, the real good love, than red tape and bureaucracy can’t get in your way. Take a read through their love story and if it doesn’t make you feel hopeful and inspired, maybe I’m just a die hard hopeless romantic…

The Quirky Pineapple: Tell me your love story! (: Where did you both meet, who made the first move, how did it come about?

Over a year ago, Louis and I met while we were both backpacking through Australia on Working Holiday visas. He had been living there for a year already and I had been there for about four months. We met in a hostel in Rainbow Beach and had a terrific day playing in the pool, cooking, and partying on the beach for Australia Day. As our tours continued to overlap, we spent all of our time together. We ended up living together in Cairns for six months before embarking on our own travels through seven different countries! It’s truly like a dream come true.

We are currently living in Germany until Louis finishes his studies and then we are going to move to our favorite country – New Zealand!

We both speak English but I’m learning German. We communicate in English.

Louis is German and I’m American. My mother’s side is from China and my father’s is from England and Scotland, but both of my parents were born in the United States.

Especially in the beginning, we had a lot of culture clashes. Sometimes it’s still a challenge but we always agree to meet in the middle and it works out!

The hardest thing about living in Germany is that it is extremely old-fashioned to me. I can rarely use my credit card here and technology here is generally outdated.

I love the German people. They are so warm, kind, and hilarious!

I have become much more punctual since dating Louis. If we aren’t exactly on-time it’s very stressful for him.

When we very first started dating, I was waiting for him to ask me to be his girlfriend. Unbeknownst to me, Germans do not ask this question and don’t even have a real word for “girlfriend/boyfriend.” (They simply use the word ‘friend’ instead.) When I finally broached the topic, he was beyond confused and I was frustrated. After about a two-hour discussion of me attempting to explain myself and him trying to understand what on earth I was talking about, it was clear that we were together. We laugh about it now.

TQP: Do you have any suggestions or advice for people who find themselves in an international, intercultural and/or interlanguage relationship?

It will sometimes feel impossible to make compromises because you’ll feel like you’re abandoning a part of yourself – you’re not. You are simply growing together into a beautiful dual-national relationship, and it’s beautiful!

TQP: Extra Question! What has been the craziest adventure you’ve embarked on together, or are planning together?

I want to say that our entire relationship has been a crazy adventure. We both radically changed our life and travel plans to stay together – how romantic is that? We moved in together within a couple of months (after living in hostels for ages it was a breath of fresh air!) and six months later we lived in a van in New Zealand, trekked rice terraces in Vietnam, swam in a beautiful lagoon in Laos, explored ancient Roman ruins in Europe, and more. We are constantly adventuring and learning and I love it. Our next stop is Scotland! 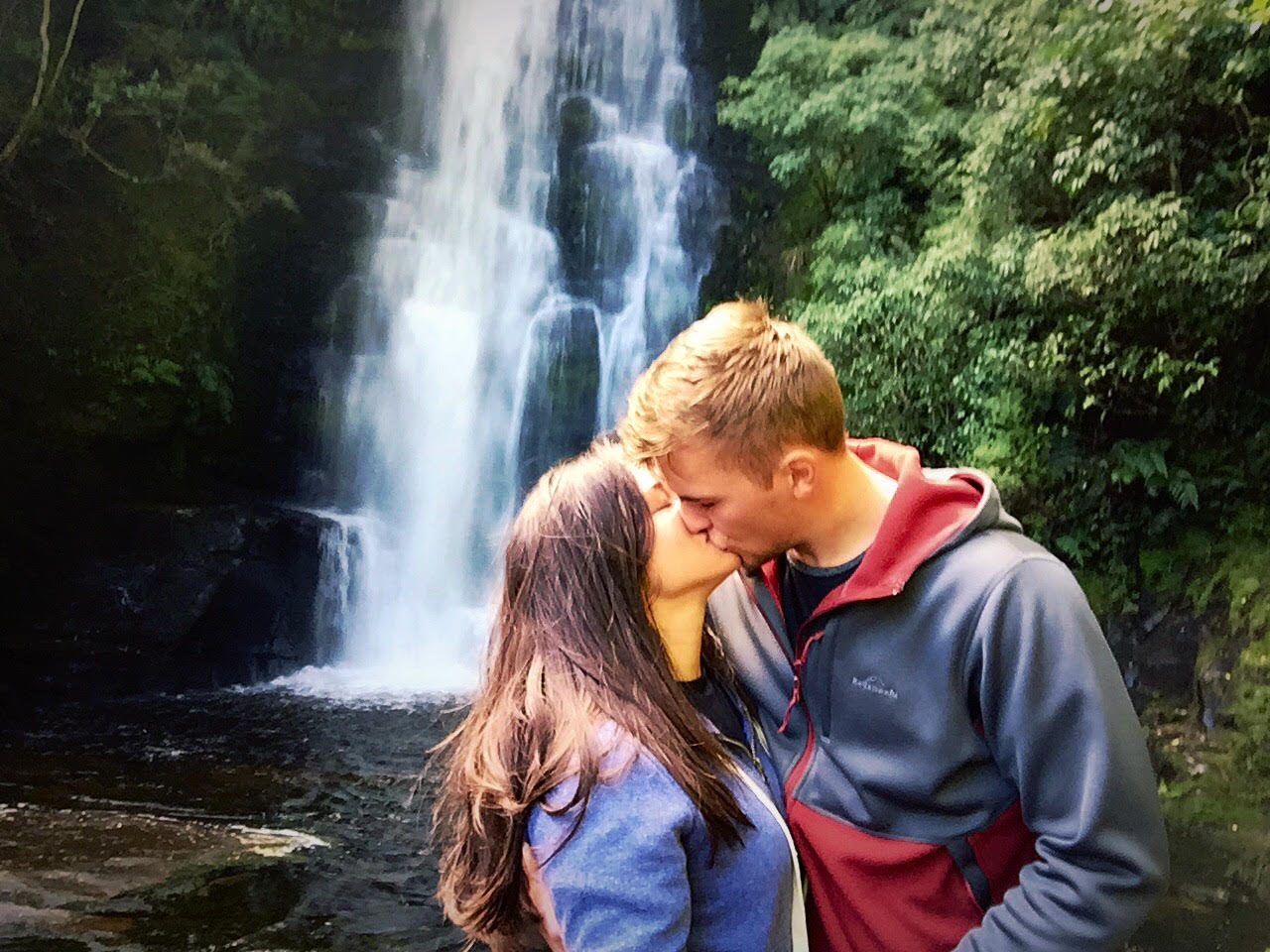 Thank you so much, Chandra, for sharing your love story with me! It’s so amazing to see that y’all are making it through the entire world and adventuring together! After reading all of your answers, I’ve been fascinated with New Zealand ever since!! I’ve actually been talking to the boyfriend about making the move there and trying it out for a little bit of time. Anywhere where we can be together!

You can follow Chandra and Louis on their traveling love, all over the world on her Instagram account and Twitter! Thank you again for all of your great insight and advice. If you’re in an international, intercultural and/or interlanguage relationship and would like to be featured on The Quirky Pineapple, please contact me so we can set up an interview and you can share your love story! (: