I’m so excited to be featuring Fern and Mau on the International Couples Series! Fern and I first “met” when she reached out and nominated me for the Liebster Award! Since then, I’ve been following her on her blogging and instagramming journey. When I learned that she had a boyfriend from Mexico, I reached out to her and asked her if she was interested in having an interview!

Let’s get started with their love story!

The Quirky Pineapple: Tell me your love story! (:

Fern: We first met in Playa el Carmen, in one of my favourite local bars, just before Christmas of 2014. I was there with all of my usual friends when Mau arrived alone. But after a short while, it felt like it was just me and him. I stopped paying much attention to anyone else, and we ended up spending the entire night laughing, and talking about literally everything! We have no idea who made the first move, but Mau always talks about me touching his hand halfway through the night. He says that’s when he knew that I liked him, and in that moment he could imagine us being together.

We live together in Playa del Carmen with our little fur baby, Atlas. I had already been living in Playa del Carmen for a year when we met, and Mau was living in Queretato (a different part of Mexico). Mau moved to Playa a few months after we met to live with a friend. However, since both of us loved this place, and each other so much, we decided to stay here and move in together.

Mau: This city is growing, so it’s a good place to start a new life. There are lots of job opportunities, and it’s the perfect mix between the tourist and city life.

Fern: I adore living at the beach! Being able to swim in the ocean any time I want is a total dream for me! The laid back lifestyle also suits us perfectly at this point in our lives. 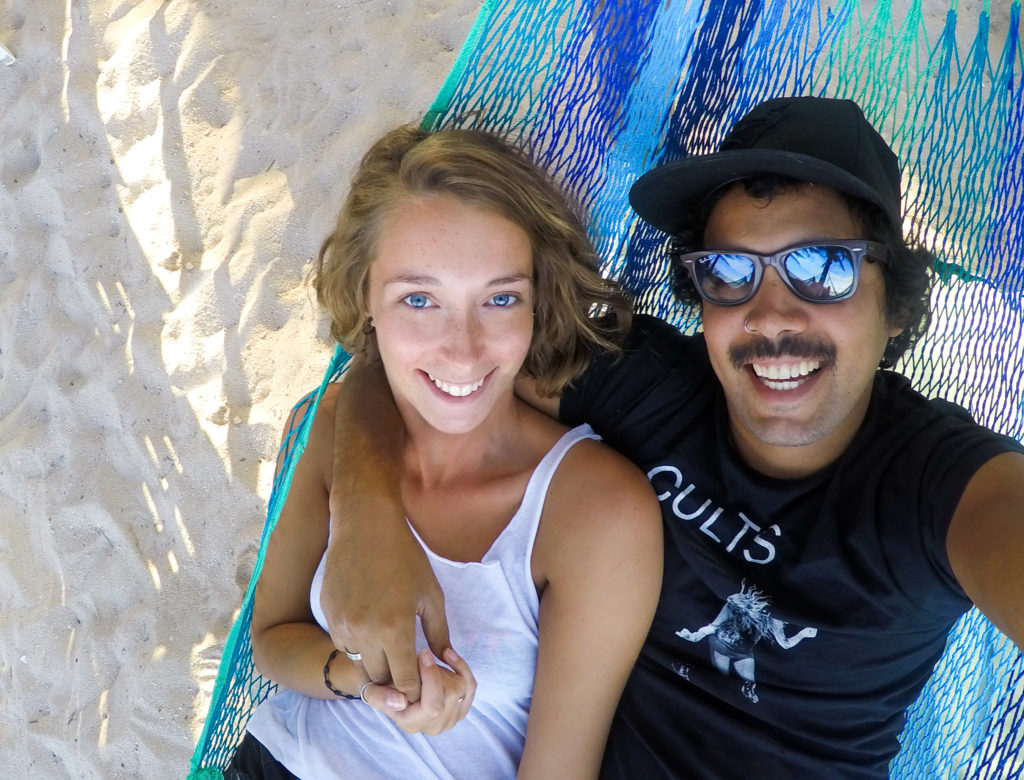 Fern: We speak English and Spanish. But Mau’s level of English is much higher than my level of Spanish, so we communicate in English most of the time.

Mau: I am 100% Mexican. My mum was born in America, but she has lived her entire life in Mexico and her parents are Mexican.

Fern: I was born in England, but I’m a mixture of many things. The most prominent being English, Irish and Norwegian.

Mau: Knowing that we want to stay together, but also knowing Fern doesn’t want to stay in Mexico her whole life. It means that for us to be together, at some point I will have to leave my country, which could present some difficulties.

Fern: I wouldn’t say this is particularly frustrating, but one thing I wish could be different is that ‘meeting the parents’ is a whole different game. They know your other half only from pictures and comments on social media, you don’t get to bring them home to make a first impression. I’m very close to my family and being able to fully integrate Mau would be wonderful. We miss out on a lot of family events as we live a little too far away for the usual Sunday dinners.

TQP: What was or is one thing about your partner’s culture that was the hardest to get used  to?

Mau: I feel like the way Fern was raised, and the way I was raised were very similar. Even with the difference in culture, there’s nothing I found hard to adapt to.

Fern: Mexicans, on a whole, live a lot slower than the English. You have a meeting at 3pm, expect them to show up any time after 3:40. You need some emergency plumbing, expect them some time over the next 5 days. It can be very frustrating to live this way sometimes. 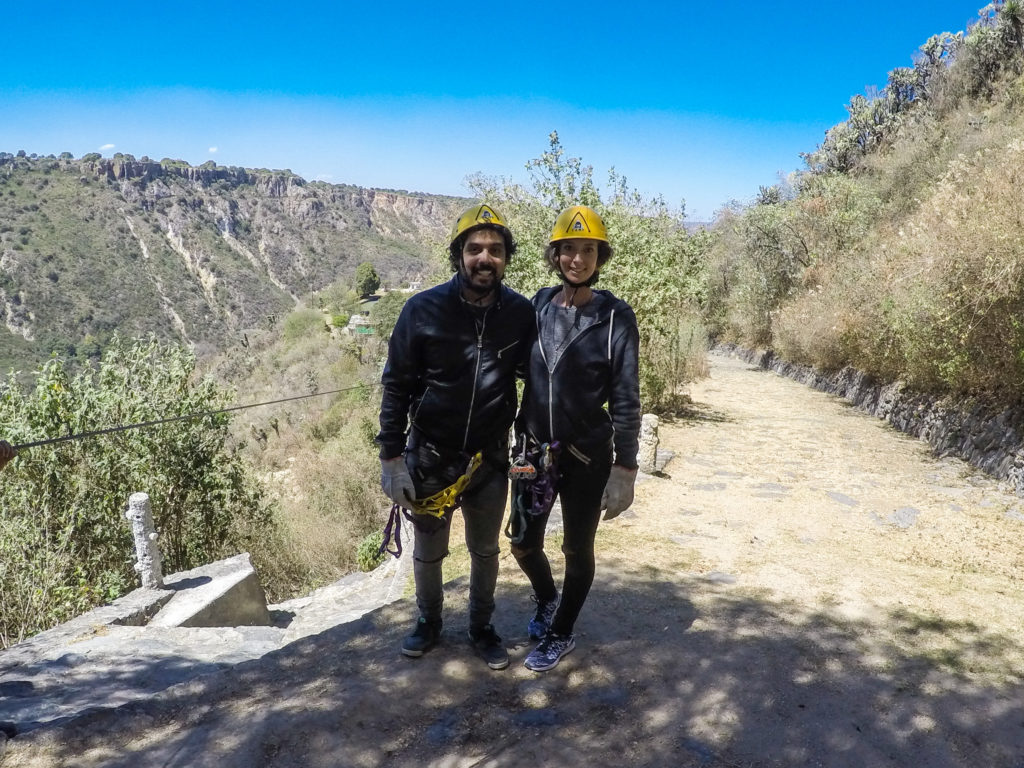 Mau: I love that I learn and experience something new every day because of her culture.

Fern: I’m going to totally contradict what I said earlier, and say I love that Mexicans live slowly. Definitely not in terms of business or work culture, but in terms of every day life. They have really taught me to ‘stop and smell the flowers’, and have a mojito while I’m at it! That’s such an important quality that I will keep with me for the rest of my life.

Mau: I like that the English make schedules and are more structured. I incorporate that into my daily life.

Fern: Mexicans tend to do what they want when they want. I feel like sprinkling a little of this into your life each day is important. This way of life helps you stay true to yourself, and be honest with others in regards to your expectations of them.

Fern: One night we were given a free dinner after one of Mau’s gigs in Merida. We ordered mole tacos and the owner of the bar said “I’ve thrown something special in for you guys”. We were so happy and rushed back to our hotel to chow down. Both Mau and I picked up a quesadilla and took huge bites. I was confused by the crunchiness of the content as I thought it was pure cheese. I then pulled something out of my mouth that I thought was a herb stalk, but turned out to be an insect leg! I opened up the quesadilla and it was full of crickets! Oh the joys of traditional Mexican cooking. Mau was laughing so hard, he thought I had a cockroach in mine from my face, but when he realised I was reacting to the ‘oh so normal grasshoppers’ he though it was hilarious. 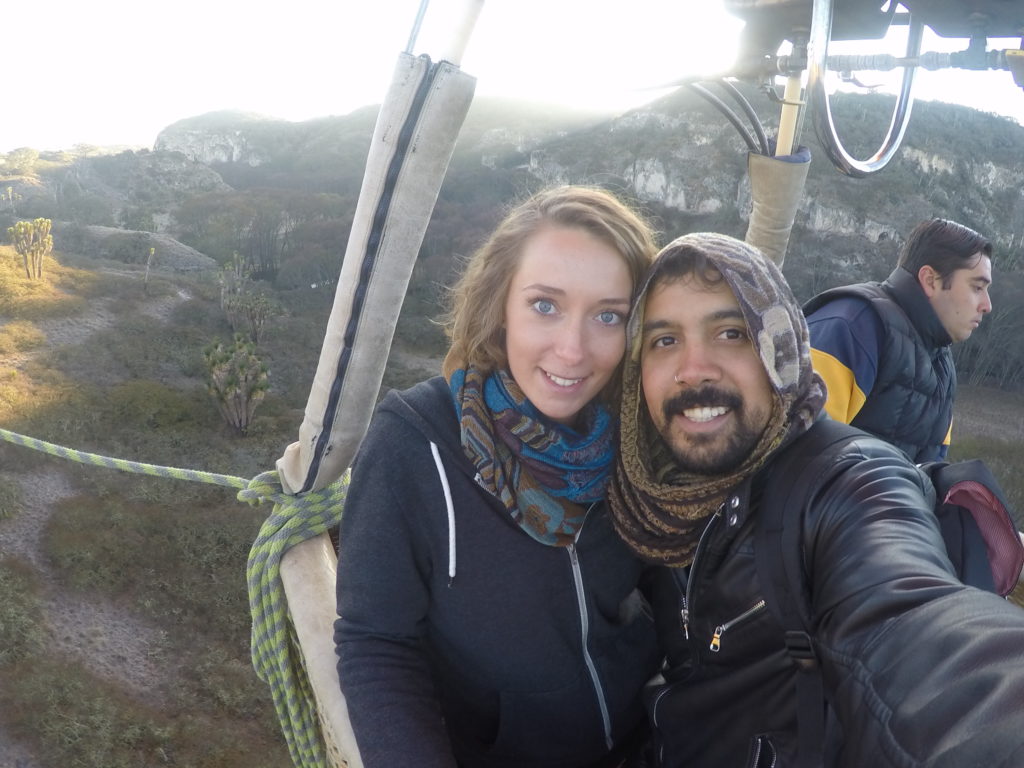 Fern: We have no idea. We have talked about living in England for a while, to save money and for Mau to study. We also discussed Australia, so I can continue to work in Zoology. Mau has always loved the idea of living in Iceland, and I’ve always dreamed of waking up every morning to the smell of Gyoza in Japan, so who knows! Maybe we will live in all these places one day.

TQP: Do you have any suggestions or advice for people who find themselves in an international, intercultural, interlanguage relationship?

Mau: There are no tags. When it comes to your relationship with your partner it’s just yours, no one else’s. You make it as difficult as you want to. You just have to find someone that’s worth it. For us it’s no longer international, it’s just two humans who are in love.

Fern: Cultural differences can create some friction. For example, latin men are known for being very passionate and somewhat possessive. English women are known for being stubborn and independent. So you can see where difficulties may arise there. Other countries have even more drastic cultural differences, in areas such as marriage and religion, which can also be hard to overcome. The key is to have very good communication, and approach each others feelings with a non judgemental and open mind. 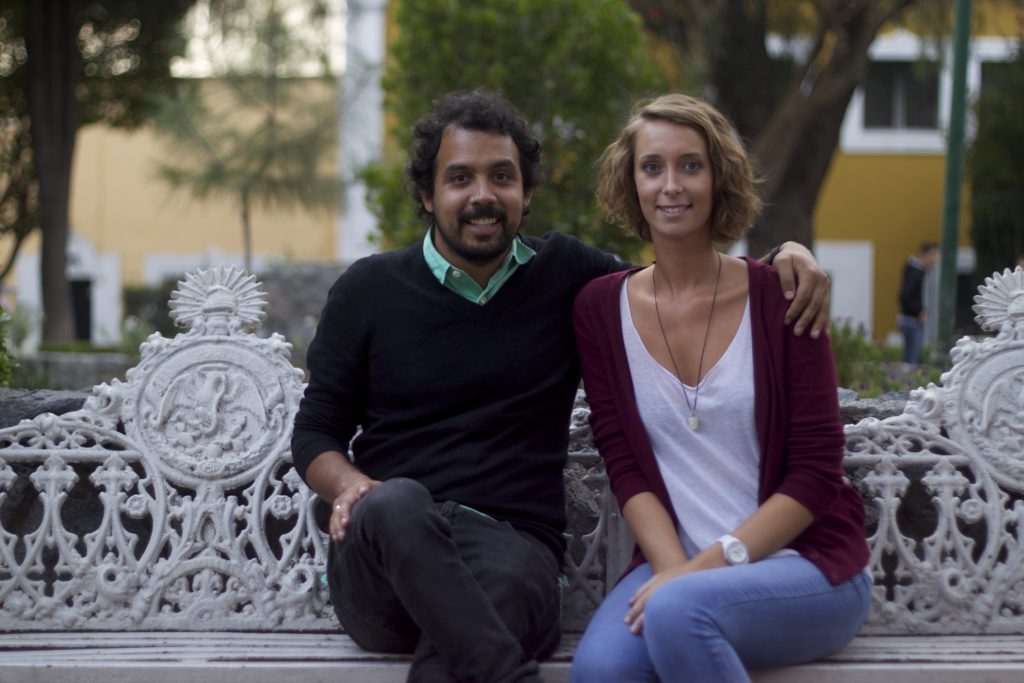 TQP: EXTRA QUESTION! What has been the craziest adventure you’ve embarked on together, or are planning  together?

We are currently planning a trip to New York City. It was a very last minute trip, so we only have a month and a half to plan. New York is a place we have both wanted to go, however, for Mau’s culture, it’s a fantasy location. One they see in the movies but can only dream to visit. For both of us the expenses are a big deal as we are saving in Mexican Pesos and will be spending in US Dollars. For me this is a challenge I’ve never had to face before. 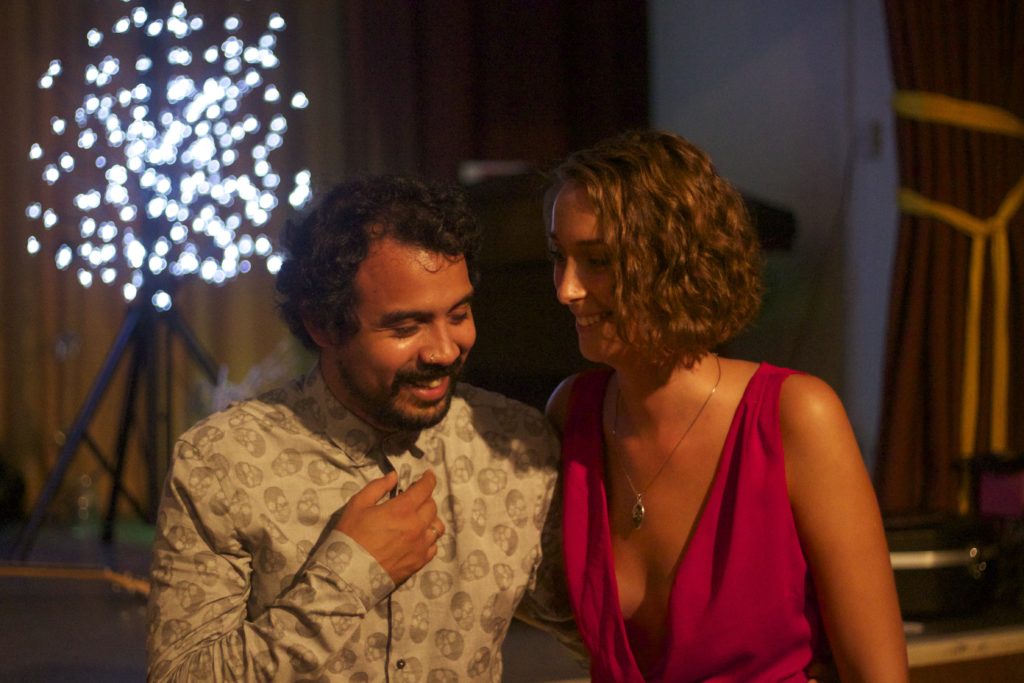 You can follow Fern on her expat adventures on Instagram and Twitter! Her photos ooze beach goddess, and always make me want to plan my next beach vacation! If you’re looking for all the insider secrets to Playa del Carmen, Mexico, check out her blog The Salty Fern. The International Couples Series was created to inspire and highlight some of the challenges as well as the funny moments of being in an international relationship. My hope is to inspire those who are in international relationships, that if this relationship is healthy, it can really be worth all of the paperwork and visa headache! Thank you, again, Fern and Mau for sharing your story! If you’re in an international, intercultural and/or interlanguage relationship and would like to be featured on The Quirky Pineapple, please contact me so we can set up an interview and you can share your love story! (: