They met once in Hollywood, California – one hailing from good ole’ Toronto, Canada and the other from London, England. What ended up being a chance meeting led to a spontaneous journey to San Diego, and then all of a sudden they found themselves texting every single day, Facetiming, and next thing you know someone booked a flight to visit the other! Love stories like these send goosebumps down my arms because the bravery and courage to pick up your life and hop the ocean has always been admirable to me.

Read on to learn more about Madi and Ben, who have just tied the knot!! Congratulations to the both of them on the next adventure of their life!!

*Madi and Ben submitted this interview before their wedding. Since then, they have gotten married and went on their honeymoon!

The Quirky Pineapple: Tell me your love story! (:

Madi: I love telling this story only because now, 4 years later it doesn’t feel like it was us. We met in a hostel in Hollywood, California (USA hostels to be exact). I was travelling around California with my best friend for two weeks and Ben was there with his good friends doing a similar road trip. It was the first trip I had ever been on that basically nothing was planned, to this day I still can’t believe I agreed to that kind of trip. Anyways, because we had nothing planned, we found out Ben and his friends were going to San Diego for a couple days next. He jokes now that we stalked them to San Diego but I like to think the feeling was mutual. After a couple of fun filled days in San Diego I left Ben, thinking I would never seem him again. I still am not 100% sure what it was that got us talking again but before I knew it we were texting everyday then, eventually, Facetiming everyday, and before I knew it Ben planned a trip to visit me in Toronto 4 months later. Exactly 4 months after that I went to visit and meet everyone in Ben’s life in England. He moved here 3 months later and we’ve been living together ever since, and we get married this August!

Ben: It doesn’t really seem like we did the whole long distance thing now that we are where we are. So I was on a road trip with a few of the boys stopping off at various points along the west coast of the US, one of those stops being LA. My friend and I were sitting on a patio when Madi and her friend Al decided to come join us – I’ll never forget Madi’s smooth first line as they came over ‘Guess where we’re from!?’. I couldn’t imagine an American asking that question in downtown LA so I went with ‘Canadian’. As the night wore on the girls decided that they were going to follow us to San Diego which was our next stop – A few days of exploring, drinking and probably a fair amount of flirting in San Diego came to an end and we were off to the Grand Canyon. Clearly following us to the Grand Canyon was a stalking step too far so we parted ways and we both thought that would be the end of that.

I probably instigated us talking again and soon enough we were chatting all day, everyday. I’d regularly stay up until 2 or 3 in the morning Facetiming or texting Madi. Against my nature, I booked a flight to Toronto a few months after I’d got back from California and spent New Years in Canada, which is when we fell in love and started trying to figure out how we were going to end up on the same continent. Hours of Facetiming ensued before Madi visited England 4 months later to meet my family, and then 3 months after that (and a lot of bureaucracy) I landed in Toronto to start our lives together. We get married in August so it has gone pretty well.

Madi: We are living in Toronto, my home. At the time when we were deciding where to live or what our future plans were, it naturally just made more sense for Ben to move here based on everything we had going on. Looking back, I wish I moved to England, we’ve talked about it many times and think that one day we will.

Ben: We live downtown Toronto, where Madi is from. It made the most sense when we decided to take the plunge that I came to Canada. I still can’t believe I had it in me to leave everything but I have no regrets. I love the city, especially during patio season! Madi is trying to get us back in England though.

Madi: Sadly I only speak English and thankfully Ben’s from the country that invented the language (which he so kindly reminds me of whenever we argue about grammar or certain words like pants / trousers).

Ben: I speak the Queen’s English. Although I’ve picked up a slight Canadian twang and say ‘bud’ and ‘eh’ occasionally!

Madi: I’m Canadian through and through. My great grandparents came from Scotland and Ireland if we’re being specific.

Ben: I’m a Brit; my family we’re all from the East End of London so my Grandparents had some fascinating stories from the war from when they were kids.

Madi: I think the most frustrating thing was in the beginning of our relationship. Ben moved here for me knowing no one, with no job lined up or anything. It was tough in the beginning and whenever he felt down or homesick I couldn’t help but feel incredible guilt that I was that reason. He’s done an incredible job of making a home for himself here with lots of friends (I swear he has more than me), a great job and has adopted my family as his so those times are few and far between but they do happen every once in awhile. That feeling of guilt doesn’t go away but it gets much easier.

Ben: The most frustrating thing for me at the start was being so dependent on Madi for any socializing. I didn’t have my own group of friends so I was tailing along to a lot of things with her. Which was good fun but I didn’t like being ‘that boyfriend’ who was always there at her outings!

Madi: Can I say the accent and the humour? Honestly I love everything about the English culture. I grew up reading Jane Austen, J.K. Rowling, the Bronte sisters and basically any British novelist I could get my hands on, so the English culture was very much romanticized for me from an early age. I joke that I was destined to marry an Englishman.

Ben: Ceasers, cottaging, Canada Day celebrations to name a few. The top one though is how inclusive and accepting Canadian people are. 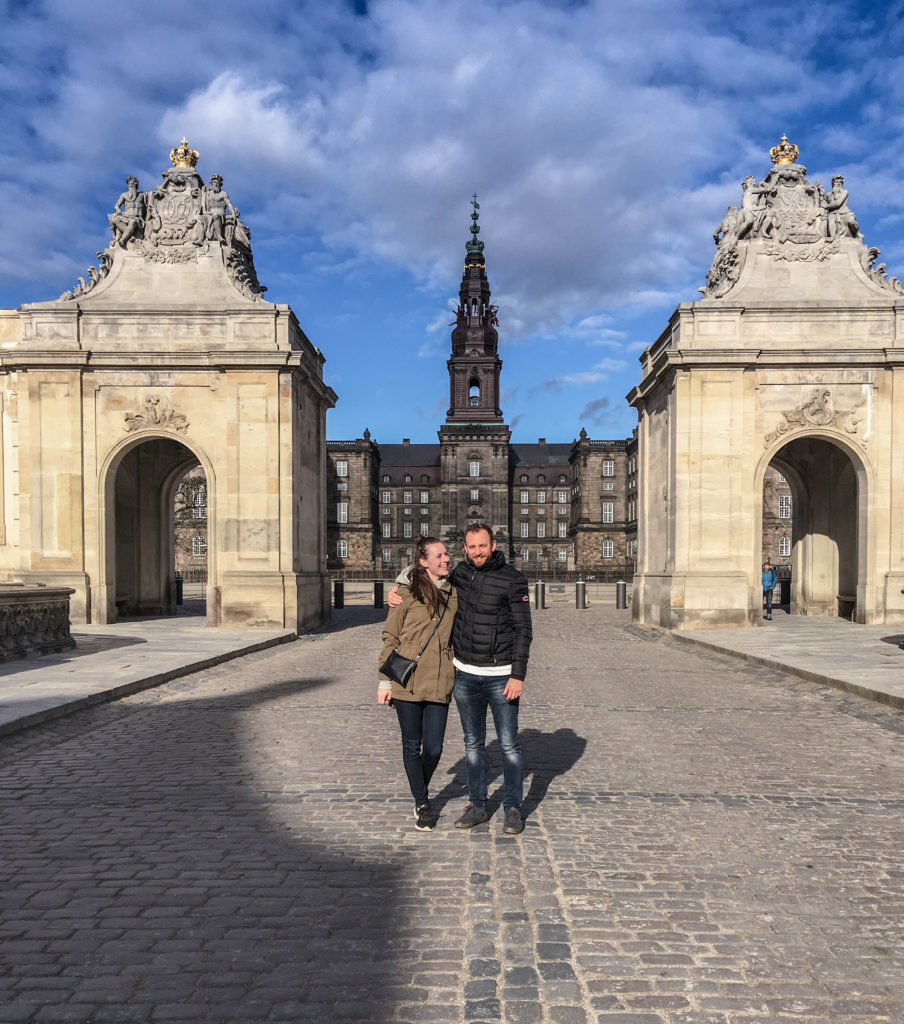 Madi: This is hard because the English and Canadian culture isn’t really THAT different. I would have to say though, that the pub culture in England is amazing.

Ben: We are quite similar in terms of culture but if the weather was better in England I’d have to say the cottage culture, You can’t beat sitting on a dock in the sun with a few beers.

Madi: For the near future here, but eventually England, especially if I have anything to say about it.

Ben: Eventually we’ll be back in England but for the next five years or so we’ll be in Canada.

TQP: Do you have any suggestions or advice for people who find themselves in an international, intercultural, multi-language relationship?

Madi: Don’t! Lol. Kidding, kind of. It was hard enough for us living 3000 kilometers apart. We were a 5 hour time difference and it wasn’t easy for us to see each other but luckily we spoke the same language. I think the biggest advice is to make sure you set time apart. It may seem stupid but set up dates on a Friday night and FaceTime each other, cook a meal together or just sit and talk. Setting time aside to work on your relationship even when you’re not physically together is super important. We say now, if we hadn’t have had that time relying just on talking to each other, we wouldn’t be as strong of a couple as we are now.

Ben: Having gone through the process I would definitely agree with Madi. When going through long distance you have to make that extra effort because communication is the only real method you can be with each other. Also, to be patient with each other and be prepared for the ups and downs that will inevitably come!

Extra Question: What is your favorite phrase you’ve learned from your partner’s language?

Madi: I mean we both speak English but I’ve definitely adopted and love saying / hearing: “Brilliant” or “Init”. Ben’s nickname for me is ‘beautiful’ which sounds that much better with an accent! 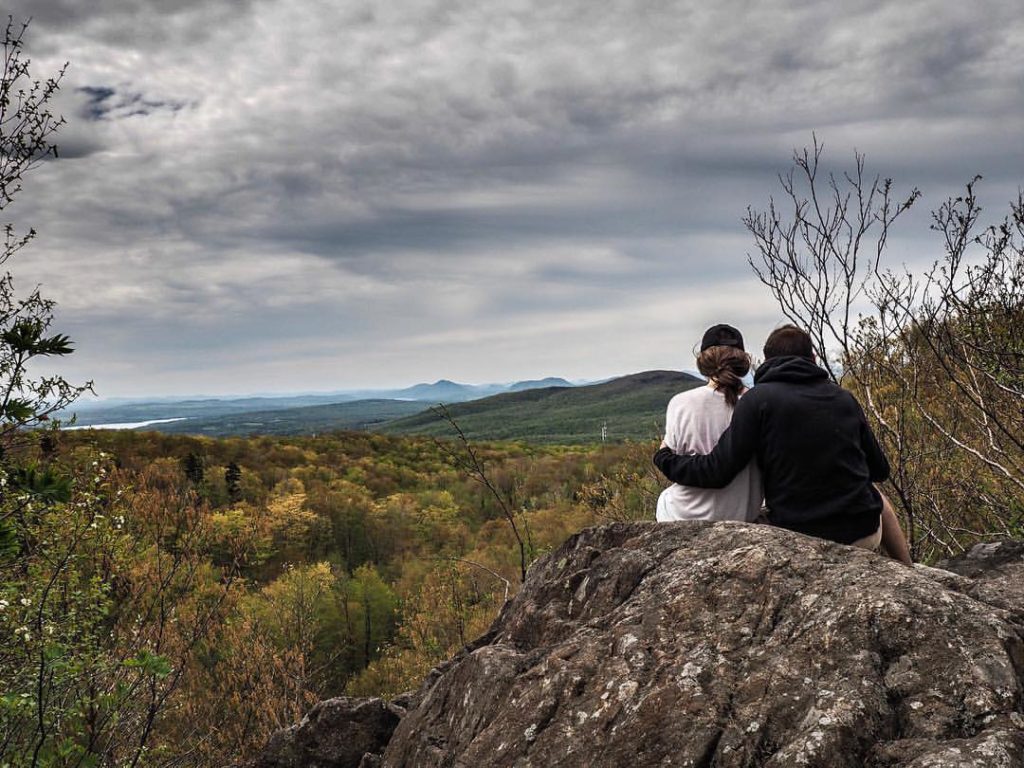 Thank you, SO MUCH, Madi and Ben, for sharing your love story! I can’t believe that you two met randomly at a hostel in the United States, then started talking, and now are MARRIED! What! Honestly, it blows my mind the amazing and surprising things that can happen when you have a little faith, a little fate, and patience. I loved reading your advice and the enthusiasm you both shared about your story. Want to follow more of Madi and Ben’s story? Head to their blog: The Restless Worker, and give them a follow on Instagram and Twitter!

The International Couples Series was created to inspire and highlight some of the challenges and funny moments of being in an international relationship. My hope is to inspire those who are in these relationships, that if the relationship is healthy, it can really be worth all of the paperwork and visa headache! Stay tuned for my next series, featuring some badass women who created their own business and found a way to live a life that gives them their daily adventure!