Casi Johnson, creator of The How of Ticking (THOT) Journal, is a speech pathologist and lifestyle blogger. In this post, Casi shares the three things she’s learned about blogging as a woman of color…

By day, I am a world-renowned lifestyle blogger who travels the globe for a living and eats bonbons by the sea. In reality, I am a speech pathologist who spends her weekends re-watching episodes of The Office and New Girl.

As far back as I can remember, writing of any sort has been a past time of mine. I wrote a book in 3rd grade about a perfect winter evening. In the 5th grade I authored a comic strip about a little girl and her annoying brother. I also started and abandoned two “blogs” during high school and college.

In grad school, I decided to go out on a limb and write for larger publications as a contributor, and within 6 months I came to a startling, but blatantly obvious, realization: I am a woman of color in the world of writing.

To be honest, recognizing myself as a woman of color (WOC) in the world of blogging, writing, or social media was necessary. The same rules don’t always apply to me and the same level of success isn’t guaranteed. Here are three things I’ve learned about writing and blogging as a woman of color:

I’ve had a rather colorful educational history and, as one could imagine, I have developed a pretty colorful grasp of the English language. During my childhood and adolescent years, my parents played hot potato with my ethnic association. One half of my elementary school years were spent in a predominantly white school district and the other half I spent in an all black, private Christian school. My middle school years were an echo of my elementary years, but when I reached high school, I became singularly immersed in White Suburbia. On many levels, there’s nothing wrong with that; it just didn’t prepare me for how to cope during my college years.

When I first stepped foot on the campus of my Historically Black College or University (HBCU), I spoke only one language: Mainstream Black American In Suburbia English.

I hadn’t even been issued a Black Card!

By the time I graduated, I was proficient in 3 languages:

Naturally, when I started guest writing for other online magazines and millennial news hubs, my writings began to codeswitch between a literarily appropriate dialect and an “off brand” of English. What I began to notice is that my submissions would either become severely edited beyond recognition or they would be rejected altogether.

That’s when I realized that codeswitching doesn’t exactly print well or market to Mainstream America. It was for this reason that I started my own blog so that my voice and all 3 languages I speak can be published untainted. 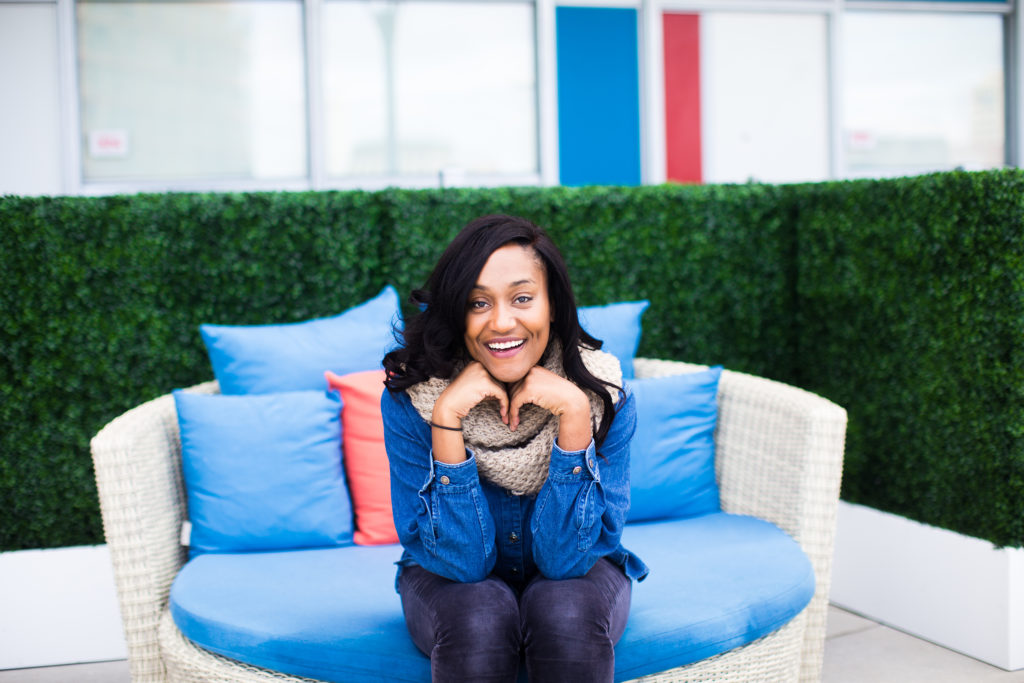 When the world thinks of a typical “American”, whether a tourist, student, political figure or citizen, they’re not thinking of a regular, degular, shmegular brown girl who occasionally frolics around the suburbs. My outward aesthetic isn’t conventional and mainstream media and Instagram’s explore page are my constant reminders.

With this notion in mind, I often find myself at a crossroads when it comes to marketing myself as a blogger. Do I embrace all the characteristics that make me a woman of color or do I opt to dabble in what is sure to get me mainstream exposure? This is a glaringly honest conundrum that many bloggers of color have to face. We don’t often have the luxury of just “being ourselves” and receiving the same exposure.

Ultimately, I made the decision to be unconventionally and colorfully me. Having a legion of followers on social media has its perks, but first and foremost I’m out here trying to save my people from Sallie Mae’s financial death grip and that takes precedence over the blogger fluff.

You’ll Be Patting Yourself On The Back…Alot

I once read an article on America as a “post racial” society. Well, I didn’t actually “read” it but I glossed over the important bits. Millennial brain makes it hard to read anything nowadays.

The article outlined that it was evident America, as a country, was not truly living in a post racial society because we still celebrate minority “firsts”. You know, those sporadic times throughout the year when all the brown people you follow simultaneously fill timelines with pictures of the first Muslim judge, or the first African American Attorney General, or the first Native American astronaut to walk in space.

In America, we still frequently celebrate minority firsts, and it is often us people of color, who are left to pat ourselves on the back for achieving such an accomplishment in a world where our look and culture are not openly accepted by mainstream media.

I mean, who else is going to applaud us but ourselves? 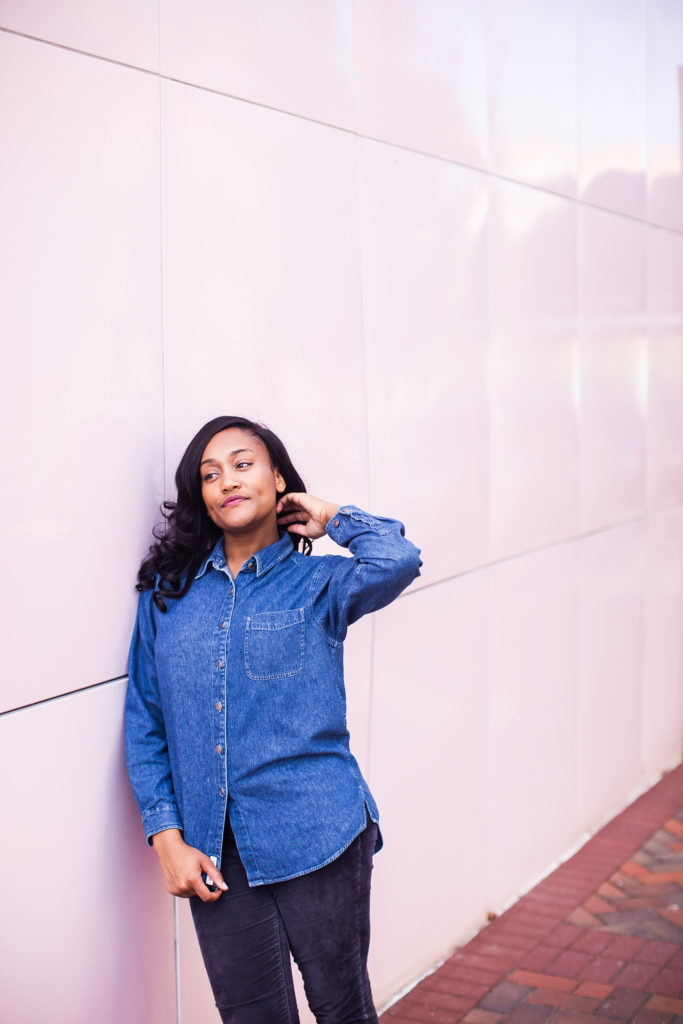 For this reason, I get an extra sense of pride when another woman of color cosigns anything I post on social media. I realize that in order to keep pressing toward my goal of being a successful blogger of color, I’m going to have to shine a little brighter, work a little harder, and recognize my own successes.

It’s just nice having someone that looks like me, see my shine too. 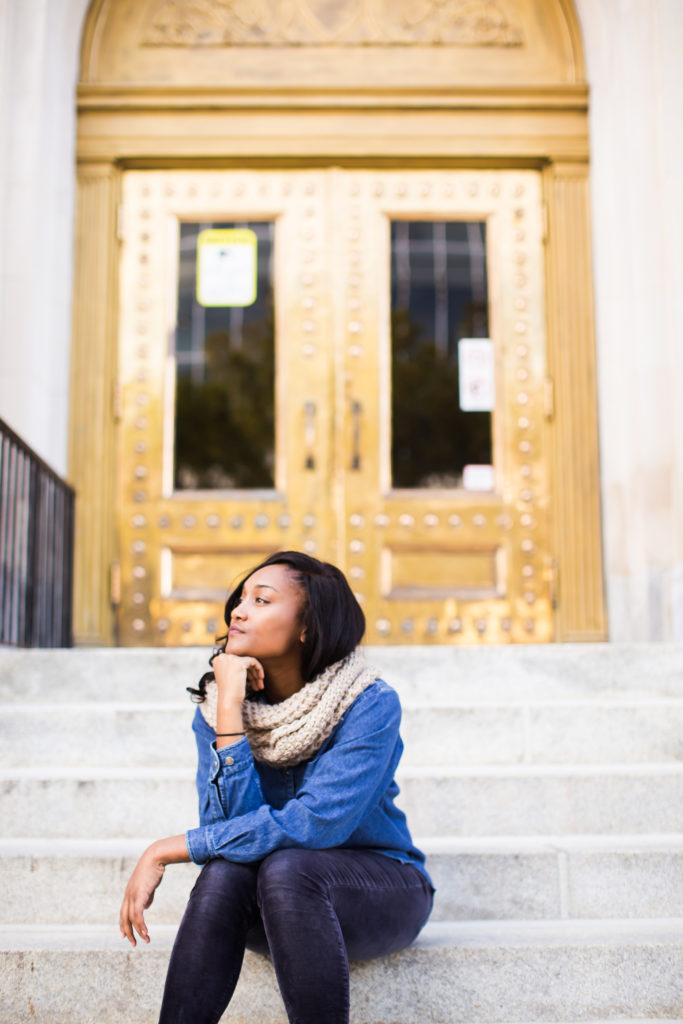 Casi is speech therapist by day and a lifestyle blogger by day as well because she enjoys sleeping at night. She founded T.H.O.T. Journal to implore readers that are actively paying off student debt to live life to the fullest in spite of Sallie Mae’s demands. Casi enjoys traveling, finding local good eats, and watching her student debt dwindle down each month.

Enjoyed this post? You might like these, too:
4 Ways Travel Has Affected How I Host My Events with Aysia Woods
15 Favorite Comments on Being Asian American
My Experience as an Asian American in Spain
How to be a Cultural Ambassador While Traveling